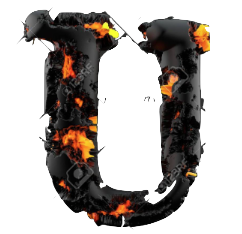 BACK COVER OF GUIDEBOOK
LINK TO CANDELARIA NOVENA IN HONOR OF LIGHT
NOTE: The background painting of this cover page is Klee: yellow sign.
We MAY SWITCH TO VAN GOGH BECAUSE THE STARRY NIGHT PAINTING IS IN STANTLY RECOGNIZABLE AND ALSO BECAUSE HE ULTIMATELY DID KILL HIMSELF
In keeping with our philosophy this would be the logical place to introduce a Christian semiotic,
that is, communication of the "Vangelo di Gioia", if such a thing were possible.
As with Phenomenology, semiology has been sundered from supernatural discourse for far too long. Let's tear down that wall, shall we?
Some of our non Christian readers may not be aware that Edith Stein was a very influential phenomenological and empathetic philosopher and a student of Husserl prior to being trolled by Nazis (as a Jewish convert who was also a nun, and a woman and a phenomenologist goodness gracious mercy mercy me my o my what a terrorist! Better call out those 99 Luft ballons, boys or as Marvin Gaye once said, Mercy mercy me, better bomb that phenomenology WOOOOO) when she tried to flee to Holland, then martyred in WWII.
Also she is a doctor of the church, isn't that right? Kind of like Lembo...all whilst being a woman. We would suggest that anthropology be reviewed in conjunction with communication at some point.
Semiotics the seminal works were notes of Saussure, for his linguistics lectures.
Here we can see a class in linguistics.

A WORD ON THE FEAST OF THE CHAIR OF SAINT PETER (aka "here come the cops, imma duel or ditch".) A word on the communication of joy, and fake news: Romero devoted his life to announcing the truth on the nationwide radio YSAX (as distinct from Y SOCKS: THE VOICE OF BOHEMEIAN BROADCASTERS, see disambugatti nation) to countering false propaganda, to fighting fake news. This is a very good thing. Jesus came into the world to "testify to the truth." He told his friends to reenact his execution: "do this in memory of me" and then to "go into the world and preach this good news." Accordingly the essense of the Christian mission is to communicate the possibility of eternal life and goodness to human beings--the Gospel of Joy. Thus, fake news is actually diabolical in the truest sense, the attempt of the jealous enemy to smirch and darken people's hearts against joy.
As we approach the Lenten season- which is in honor of the battle Christians believe Christ fought with the enemy before beginning his mission,-note that the battle of spin was involved in the final victory of Christ. The governor told his military to guard the corpse of Christ so that his friends would be unable to claim he had resurrected. And Christ did not disabuse Israel of his death en masse by appearing in the sky as the Pantocrator. He was very discreet.
APPROVED BY FABULOUS FRASSATI FELLOWS THE UNIVERSITY
K IS FOR KLEE, WHO PAINTED A BIRD,
AND L IS THE NEXT LETTER (LETTERS FORM WORDS).
L IS FOR LISTEN,WE HOPE THAT WE CAN,
IF WE LISTEN REAL HARD THEN WE MIGHT UNDERSTAND.
M is the next letter, M is for MUSE
which, incidentally, rhymes with WHOS SHOES.
And music, well, if we may listen and hear we surely may hope that MM is our year.